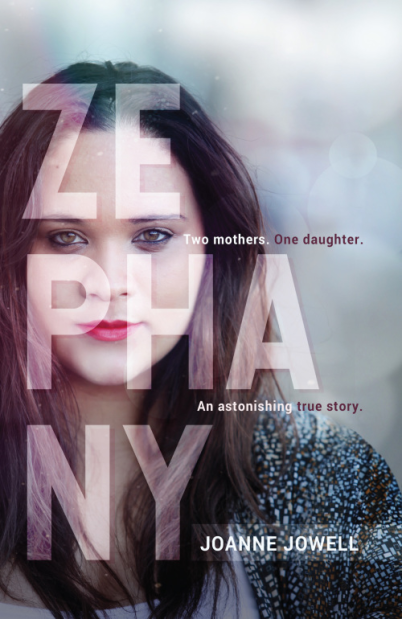 Most people is South Africa are familiar with the story of Zephany Nurse. The newborn baby who was stolen from Groote Schuur Hospital back in 1997. Despite the fact that there was no trace of the baby for over 17 years her parents, Morne and Celeste Nurse never gave up the search for their daughter. Well, it turns out this baby ‘Zephany’ grew up, as Miche Soloman (as she was named by the parents that raised her), hidden in plain sight, not far from the Nurses.  It wasn’t until she was in her final year at high school that she was found. There were rumours going around that a younger student who was the spitting image of Miche had just started at the school. Eventually, these two girls met and formed a strange sort of bond. One day Miche gets called into the principals office and from that moment on her world gets turned upside down.

Following a DNA test, it is revealed that Miche infact the stolen baby Zephany Nurse and Cassidy, the girl from her school, is in fact her biological sister. No jokes. Because the story broke just before she turned, Miche’s lawyer’s fought hard to keep her identity under wraps. Thereby giving her the chance to process her feelings. Learning that everything she’d lived up to that point, was based on lie. Having the only mother that she’d grown up knowing incarcerated overnight. Basically, being removed from everyone and everything that was familiar to her and then being forced to come to terms that she had a whole other family that had been searching for her all these years. Not to mention the media and every other know it all you come into contact wanting a piece of you.

It is only with the release of this book that Miche Soloman allowed the ban on revealing her identity to be lifted. Through her biographer, Joanne Jowell, Miche tells the story in her own words. The story is not only told from her perspective but from other key figures including various social workers, lawyers and school counselors. Apart from Michael Solman, the man raised her and the one she thinks of as her father, none of the other three ‘parents’ get to offer their perspective. While Lavona Soloman is currently serving 10 year a prison sentence for kidnapping, which makes contributing difficult, Morne and Celeste Nurse refused to contribute as they have their own book in the works.

The press hasn’t been very kind to Miche probably as a result of them not having control over how her story has been reported. People have been quite critical about the release of the book (and talk of a movie) saying that this was a ploy to make money. So what it if it was ? After all its her story to tell. And it’s not like South Africa didn’t spend 17 years hearing the story from the perspective of her biological parents. To be fair, once you read the book, you’ll see that it is actually a pretty balanced account of the story. There is acknowledgement throughout the book, both from Miche and her biographer, that there are perspectives absent from the story.

Furthermore, it becomes clear to the reader that Miche has handled this whole situation far more maturely than most people would in her position. Naturally, she had to work through a lot and she made some mistakes along the way (find a teenager that hasn’t) but you can tell she has really taken the time to process her feelings and understand why people did what they did.  It’s also pretty remarkable how she has some how managed to referee all the warring parties and find ways to accommodate them, albeit to varying extents, in her life.

I won’t give a way any spoilers because people are always weirdly fascinated by these types of human interest story. But I do think there are LOTS of people that could do with reading this story. You’ve probably come across tonnes of people that blame their families for all their shortcomings well in to the 20s, 30s, 40s and beyond. ‘My parents didn’t love me’, ‘My parents got divorced’, ‘Parents were always at work’, ‘They were nicer to my brothers and sisters’...bla bla bla, the list goes on. I’ve also met people that have also made the brave decision to cut off various toxic members of their family. And absolutely no judgement – sometimes you’ve got to take charge of the things you can control and do what’s best for you. Still, reading this account will certainly help bring us all down to earth a bit and make us realise that we can all do better when it comes to handling family matters.

Also, regardless of whether it’s all about nurture or nature, I always think that parenting is the one thing everyone screws up at…just that some people screw up worse that others. People, both parents and kids, are full of flaws and if you are looking to blame someone for your existence, your parents are an easy target but chances are you aren’t necessarily going to do much better (well, unless you avoid procreating entirely – yay lowering your carbon footprint!). So, all in all, this is a well-written easy read whether you are Nosey Nelly or just someone who could do with a reality check.

Rinsers, what do you know of this story? What are you thoughts? Have you read the book? And do you think too many people spend time bitching and moaning about their parents instead of taking accountability for their own life choices? Tell me in the comments section below.