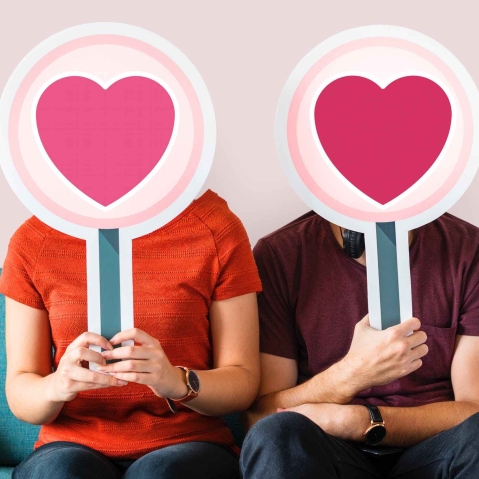 Seeing that I’ve passed the mark of three years of marriage I’m not always up to date with what’s happening on the dating scene. Out of curiosity, to see how much dating has changed since I was last exploring it plus-minus 5 years ago, I’ve googled the new dating trends. Some things seem innovative but really, plus ça change!
Here are some of the more interesting dating trends of 2019 I’ve found on the web:

Micro-cheating means small, visibly insignificant behaviors that smell of cheating. This would include liking Instagram pictures of someone you’re attracted to, other than who you’re dating. Other micro-cheating behaviors are commenting on someone’s pictures or posts to attract their attention or going to an event just because you know you’ll see them there. It can be done with a new person, a friend you secretly fancy a bit or the worst sin of all, your ex.
If you need more insight, you can read a whole article on micro-cheating by Cosmopolitan.

Zlotybaby’s take on it: Sure, technology allows people to micro-cheat more, for instance, by letting them have seemingly innocent, public conversations on social media. It’s certainly easier to be tempted these days too, so if you feel a tingle for someone when in a relationship the easiest thing to do is just to unfollow that person.
Before Instagram and social media people had other ways of micro-cheating, though. Such behaviors as dressing up to attract someone’s attention or making sure to hang out in the right place are not our invention. I’m reading “Anna Karenina” now and they did it a lot in the nineteenth century Russia!
How to know whether you’re micro-cheating? It’s the intention behind what you do that matters. If you’re just liking someone’s stuff on FB but feel ashamed and like you shouldn’t tell your partner about it, it may be micro-cheating.

Pocketing is a situation when a person you’re dating doesn’t introduce you to his friends, family or acknowledge you on social media. It seems like you have a relationship going otherwise, only that it’s all happening away from the public eye.
What if you bump into this person’s friends or a family member together? They won’t introduce you properly and certainly you can’t count on any PDA. Chances are they’ve never heard about you. If that sounds familiar, consult this article on pocketing for tips on what to do.

Zlotybaby’s take on it: I was pretty surprised to see it on the list of new dating trends 2019 by the Sun because pocketing seems to be a pretty established thing. In fact, I’ve written about being a backpocket girl a long time ago. Perhaps it’s the social media exclusion that’s giving it a new twist.
If you see that’s happening to you, ask the questions you’ve been fearing to ask and check that you’re on the same page. Look at your flame’s actions too because you may be dealing with one of the people who talk a lot but do nothing.

Prowling sounds super toxic as it includes ghosting and appearing in someone’s life again after doing that. How it goes it that you date someone and that someone disappears without a word to appear back in your life after a few months, pretending that all is fine.
A lot of manipulators do prowling to a lesser extent. They may not disappear for months but they’ll stay out of touch for a few days or a week, coming up with an excuse such as their phone being off or having no airtime.
PLEASE remember that if someone wants to contact you, they will. If they know they may be out of touch, they’ll warn you. A person disappearing for a few days is unacceptable and you really deserve more respect than that.

Zlotybaby’s take on it: Yet again, it doesn’t seem to be a new trend. In fact, the last guy I dated before my husband did exactly that to me. We met for one date after some banter, had a good one, texted all day after that and then the guy went quiet. I felt a bit hurt but it was only one date so I let it go. Two months later he got in touch again saying he doesn’t know why he went quiet. We ended up dating after that for almost two months and then he disappeared again. I was quite hurt but zen about it considering, because it seemed like a pattern and truth be told, I knew we weren’t going to work longterm.
If you really care about someone, it can be very hurtful. Even if you’re tempted, don’t let them back into your life.

Orbiting is when your relationship fizzles out without a definite end to it, so often in the early days. Then the person still half-heartedly keeps reminding you about their existence by, for instance, liking your pictures and making overly familiar comments. A similar thing in the early stages of “vibing” is called curving. It’s a situation when a person doesn’t make a proper effort but does just enough not to let you forget them by liking your pictures on social media, sending you messages about how you must “hang out” without setting an actual date and in general doing everything to keep your interest without actually getting involved in a relationship.

Zlotybaby’s take on it: Orbiting seems new as a trend for after things are done. I’ve never heard about it and have no stories to share! I guess it’s just yet another example of someone trying to maximise their options.
When it comes to curving: is it anything more than just keeping your options open?

You know how sometimes you just look at the cookies in a coffee shop without buying them? Well, if you’re involved with someone, you better stop looking at those other “cookies”!
Cookie jarring can be dangerous to your new relationship because it may mean that you’re not that much into the person you’re with. It seems innocent but in reality, you may be considering your future options.

Zlotybaby’s take on it: Cookie jarring is as old as relationships are. Yet again, in the world of social media, it’s just much easier to keep appreciating the merchandise when you’re already involved.
I know a lot of people do it but I don’t like it. Before I was married I had married coworkers laugh at me for commenting on them indecently eyeing guys coming for interviews. “You’re allowed to look!” they’d always say.
Sure, some people are attractive and being in a relationship doesn’t stop you from seeing that but there’s a difference between noticing and indulging. I still stand by what I said back then!

I hope you’ve enjoyed learning about the “new” dating trends. The way I see it, they’re mostly a variation on the theme. They’re not entirely new but social media gives a spin to old phenomenons.