The Sex Recession – Are We Living In an Overwhelmingly Sexless Society ? 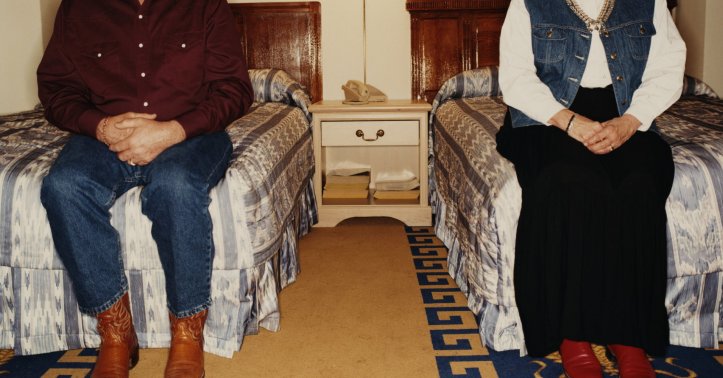 Apparently, stats show that rates of sexual activity are declining (well, at least in the Western world where they have enough time/money to research such things!). But honestly, I didn’t need some complicated research paper to tell me that, its obvious from the world around me. Sure, people might claim to be sexually liberated and free to discover a whole host of weird and wonderful sexual activities – sex with men, women, elderly people, groups of people, best friends, randoms from the club, randoms you’ve held a five minute conversation with…and if things get really tough you can always pay for it and if you are broke you can have a healthy sexual relationship with your hand (I’m told sex toys are getting pricey these days!). We live in a world where pretty much anything goes. But if you ask me, its all a bit of a facade.

Sure, in our 20s it was easy enough to hit the club and if you were somewhat pretty/handsome and on the pull you’d be likely to end up taking some generic guy/girl home for a one-nighter. Things are different the older we get – we have other priorities and wild nights become few and far between. By now you already know what I think about relationship girls vs. WISOs – relationships require more effort and may look a bit boring at times but in my experience, those are the people getting the best sex on tap. The WISO story is a bit of fairytale – even the hottest girl on the block is unlikely to be bedding a different bloke every night and even if they are, the bedroom antics are probably less than satisfactory.  That said, people are taking longer to settle down but surely that shouldn’t mean they have to be pretty much celibate in the interim, right?

I get angsty if I haven’t had any action in a few months ( and like I mentioned last time, my biggest concern when being deported back to my homeland was that of regaining my virginity due to lack of opportunities to get lucky) but then again I take comfort in knowing that the situation is so much worse for others. I’ve heard of those who’ve had sex droughts that have lasted years and worse still there are those that in their 30s that are not only still waiting to have that cherry seen to but are yet to be kissed. Oh my! It really is a sad state of affairs. It really does look like we are sexless generation. Sigh.

This article provides a in-depth look into the reasons why this maybe the case. Factors mention include the growing popularity of porn (you have a access to all your wildest sexual fantasies without having to interact with a dumb ass human – win/win apparently!). DIY/Sex Toys (again, why bother interacting with humans when you can DO you), the prioritization of career/education/independence over relationships (after all, your job/degree won’t wake up one day and decide to vacate the house leaving you with nothing more than a cat for company – true story of a tinder boy!), the Tinder mirage (yes, people call it the hookup app but in reality we all know its easier said than done to meet a compatible match and it is more of a time-killer than anything else) #metoo (not in the sense that consensual sex is a bad thing but our preoccupation with consent makes it harder for people to make the necessary moves), our obsession with technology killing our chances of meeting someone organically (e.g.the moment we have some downtime we are glued to the screens of our smartphones), the paradox of choice (there are so many options to explore, that we are all to afraid to settle for a relationship which could offer us stability and regular sex!), our obsession with looks/the increase in obesity (we aim too high and dismiss people that could potentially be a good match or the basis of looks. And increasing rates of obesity in an age where people are obsessed with looking good, makes it hard for those people to get laid. Plus, its not unheard of to be fat and fit,  but sure, obesity probably makes the cardio aspect of sexual activity a little more difficult!).

And this doesn’t just apply to single people either. Of course, I still stand by my belief about relationship people having better/more regular sex than the WISO and its male-equivalent. However, I realise that my argument is all good theoretically but isn’t flawless in reality.  I mean I’ve heard of people in relationships who’ve admitted to scheduling sex (spontaneity is overrated it seems). Then there are decade long long-distance relationships where the two parties only physically meet each other for 2 weeks of the year (Skype sex counts, maybe?). And worse still, there are those in relationships, and even marriages  who don’t engage in any fornication at all. I think you’d be surprised how many married people sleep in separate beds. Why ??!?? I just can’t deal.  I once had a friend at high school, who at the age of 15, still believed that her parents had only had sex twice in their lives, once to make her and once to make her brother. Everyone scoffed at the idea and awww’d at her innocence. A decade or two later, I’m beginning to think she may have had a point.

I’m sure there are some people that’ll say I’ve got it all wrong and to them, I probably come across as some sex-obsessed man-eater. Surely,  relationships shouldn’t be based on copulation? And I agree that there is more to a good relationship than regular orgasms. But that said, I certainly think it should be part of any healthy relationship. Of course, you don’t expect people to be going at it like rabbits once the relationship is more established and there are obviously other priorities in play. But it should still feature, right? Otherwise, really whats the point of all this dating/relationship malarky anyway? For company? Get a dog. To have someone to talk to? Stop being a Billie No Mates and find some friends. So that you won’t die alone? Well….there is no guarantee this isn’t going to happen in any case. Your husband/wife/life-partner, etc may just kick the bucket before you. An idiot once told me, we come into this world alone and we’ll leave alone. He had a point. To procreate? So, you’ve passed on your genetic code. Now what? Surely, intimacy is what sets romantic relationships apart from all those we have with friends, family and sentient beings.

And when it comes to the reasoning behind why we are such a sexless generation ? I have no clues. I don’t think it is enough to blame porn, dating apps or obesity rates. The only thing I can think of is that maybe its just a case of messed up perceptions. Maybe the fact that the media bombards us with sex the whole time spurs us to spend much of our lives thinking, talking and even blogging about sex but less time actually getting in on the act. Who the hell knows? Just seems like a sad, sad, situation to me.

So Rinsers, Whats your take on this sad state of affairs? Are we living through a sex recession? Is it something we need to be concerned about? Is bedroom acrobatics all that important or are there bigger things we should be worrying about when it comes to human relationships? And is it more of a problem for the singletons or does it apply attached people too? Tell me you views in the comments below.