Review : Everything, Everything – An Epic Tale of Forbidden ‘Love’ and Life on House Arrest 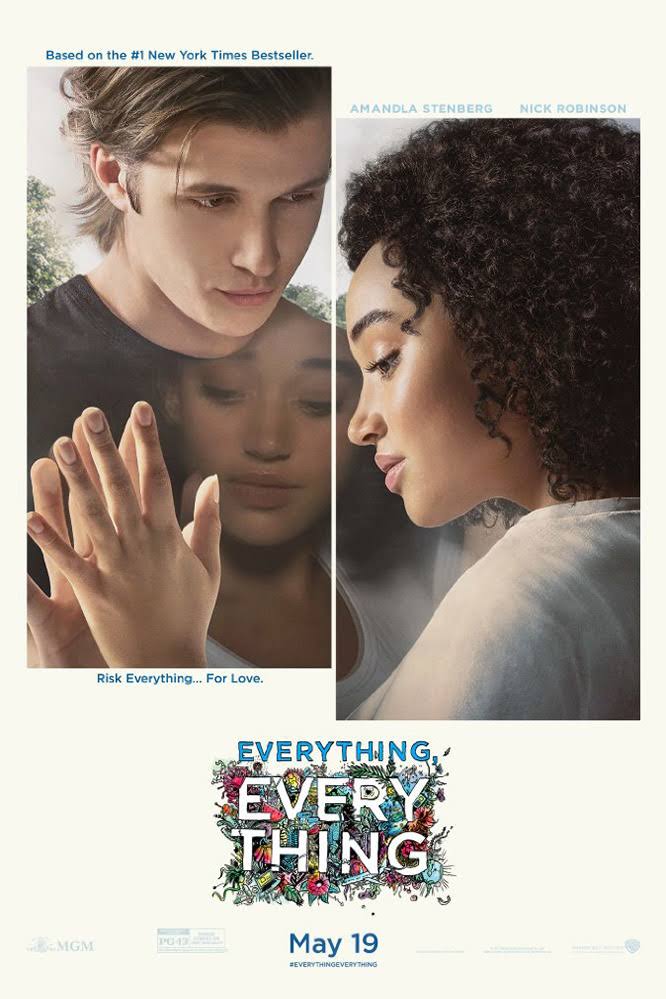 I rarely find time to watch movies these days. But when you stuck on a a long-ass flight there is often no better way to kill time. So this weekend, despite being severely sleep-deprived, I caught up on some popular entertainment…Actually, it was just a lame excuse to indulge in a soppy teenage romance movie.

Everything, Everything is the story about a 18-year-old girl, Maddy, who suffers from some hectic immunodeficiency condition which basically means she is allergic to everything which means she is confined to living within the four walls of her rather swanky but somewhat futuristic house (a bit far-fetched I know!). To top it all off, thanks to her prison-like living situation she doesn’t have much actual contact with humans apart from her mother, her nurse and the nurse’s daughter (she does have access to the internet though so I guess that counts as human contact by some people’s standards). A bit of bleak situation, hey?

Well…things to get interesting in Maddy’s life when a she starts to make contact, via longing gazes through the window and iPhone conversation, with her new neighbour, Olly.  Because of the bond that these two kids form, Maddy is eventually forced to question her rather unconventional living arrangement. Her crush/love for the sickeningly-sweet boy next door gives her a reason to get her head out of her books (pretty much her only escape from the house arrest situation) and develop a curiosity about the outside world (the type of curiosity that somehow makes it possible for a girl who has never worked a day in her life to obtain her own credit card and book a holiday for her and her man to Hawaii – naughty, naughty!).

Maybe, I’m just getting cynical in my old age, but to be honest the story is just a little too simplistic. But I guess it’s sort of suitable for the type of kids that are yet to have any experience with complex real-world human relationships. There is a bit of  a (slightly sick) twist involving an somewhat unhinged mother at the end but I think even the teenyboppers should be able to see it coming. On a positive note, it’s not a terrible to movie to watch when you are sleep-deprived. It doesn’t require too much brain work. And I guess there are some relevant threads in the story e.g. why people need to get out into the world, have their hearts broken and generally have a few life experiences if they are going to grow up to be well-adjusted, functioning human beings. That said, I know people who haven’t been held prisoner and still they are 30-something virgins. Go figure.

Watch the movie. Don’t watch the movie. It’s not mindblowingly revolutionary nor is it particularly offensive. It’s essentially a children’s movie but then again so is the Lion King and that’s actually probably more true to life. If you are at a loose end, I guess it’s slightly more entertaining than twidling your thumbs or watching paint dry.

OK, over to y’all. Have you seen the Everything, Everything? What were your thought’s on the film? What lengths should parents be willing to go to protect their kids from the ever-present dangers of the outside world? And nowadays with everything the internet provides for us, is there really any need to leave the house and physically meet people? I mean, is it really that different from all the internet dating? Some questions for you to ponder dear Rinsers.