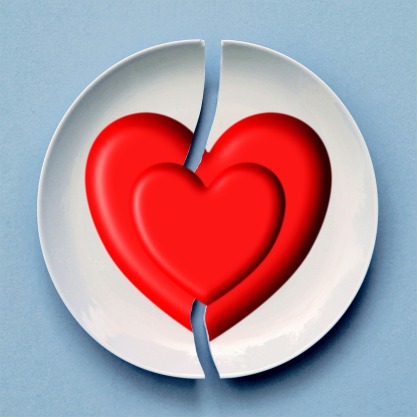 If you think about a serious relationship you probably imagine two people who live together, share finances and are sexually exclusive. As much as it’s my idea of what a good relationship (= partnership) is, I must say that I see a lot of diversity in this respect among people I know. That’s why today I decided to write about the issue of togetherness in modern relationship.

Let’s start with the living together part. Most people would say that a serious relationship starts when you start to live together, right? Yet this isn’t necessarily the reality of many long-term relationships. One of the modern solutions for having a cake and eating it (in this case having independence and not) is the so-called LAT; an abbreviation which stands for living apart but together. People in such arrangement are in an intimate relation but keep their separate apartments. They claim that it allows them to avoid fights over domestic issues and helps them have their independence, which in return makes them better partners. What I find even more surprising are couples in prolonged long-distance relationships. I’m not talking here about the scenarios when you met someone abroad, did long-distance for a bit and then one joined the other, or they chose a new country to be together. No. I’m talking about relationship, where partners live in completely different countries for years, due to work assignments or other reasons. It’s a common relationship pattern for academics, for instance. If you think about it, it’s not an entirely new construct. Due to emancipation of women, though, now both partners focus on their careers, rather than just the man being away. I may be a bit jealous of people who have so much ambition to sacrifice their relationships, but I wouldn’t really want that for myself. My husband travels every few months and I already hate that!

Sharing finances is another divisive issue. Honestly, especially in marriage, the “we” mentality seems to be the way forward. Separate finances are a mission and it’s just tiresome to upkeep them. In my mind you’re supposed to be a team so you work for a life together. Otherwise what do you do with money you received for wedding presents? Share it half-half? You take the toaster and the coffee express is mine? As I feel this way, of course, I’m constantly astonished by the behavior of some long-term partners. I’ve seen, for instance, numerous cohabiting couples, who always pay separately at restaurants. What is it a sign of? Does it speak of a lack of trust in a relationship or just of personalities of the involved parties? I split bills evenly with friends so this sort of “what mine is mine” mentality seems weird, particularly, for people who exchange bodily fluids and shit in the same toilet. Sure, sometimes there’s a big discrepancy between what partners earn, but if you feel that, by sharing with a loved one, they’re “taking it away from you”, then do you know what sharing is about? And isn’t sharing a big part of what relationships are about? I think I’m asking so many questions because I don’t know the answers myself!

Last but not least, there’s this kind of togetherness that has to do with sexual exclusivity. Yet again, a non-negotiable for me. I’ve tried an open relationship once and it left me heartbroken and generally in an emotional swamp. I’m really trying to be open-minded but I can’t understand how it can work for other people. The beauty of freedom is that I don’t have to. Polyamory has many shades, but it is important to point out that it’s voluntary (as in: I’m not talking about cheating here). Open relationships probably come to mind first. It means you have sex with other people (you can even have it as your Facebook relationship status so it’s a thing!) retaining a chosen level of secrecy from “I don’t kiss and tell” to openly comparing discussing other people you have sex with with your partner. Perhaps we shouldn’t be surprised, given that representatives of some religions have been practicing polygamy (marriage to numerous people) for a long time. At least these days ladies can have some fun too! Men are clearly more and more open-minded towards their partners experiments in sexuality as swinging (NOT the dance) is not unpopular. Some couples stay “faithful” to other couples, while others like swingers parties (which are just orgies, really?). Let’s not forget about the simplest form of expanding the borders of a relationship, which is a threesome. Are such arrangements a sign of the modern crisis of commitment? I don’t think so. Just go watch “Rome” or “Spartacus”. Personally, I’m a proponent of having everything in moderation. That means one dick at a time, thank you.

To sum up, modern relationships exist in many other forms than the socially (or #zlotybaby) accepted ones. I may be conservative in my own life, but I’m also happy that there are signs of gender equality in those practices. Perhaps such solutions are not ways to find long-term romantic happiness and maybe sometimes such separatist tendencies are a sign that you’re with a wrong person, but at least now females can try to have their cake and eat it too!

I have a feeling that you’ll have something to say today, Dear Rinsers 😉 Do you think living separately long-term can work? How about separate finances? Multiple sexual partners, anyone?