Fake tits and c*cks – do premarital customs have to be iffy? 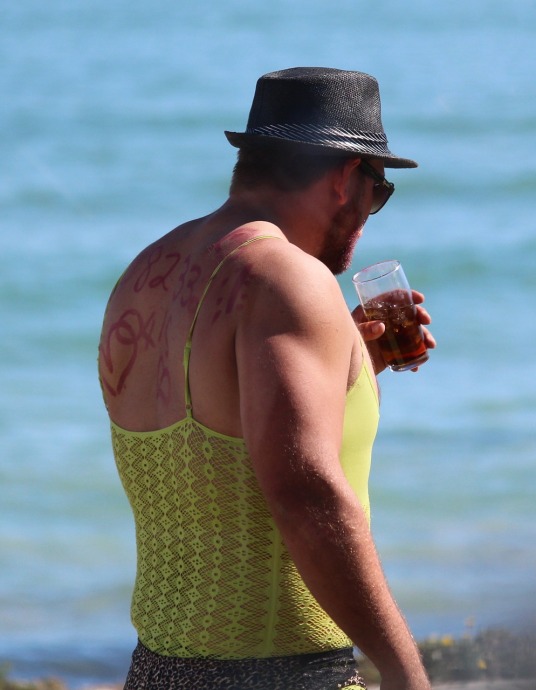 So you’re getting married, right? Well, done and welcome to the adult world where people prefer to go to bed before 10 PM, suffer from a hangover the next day after two glasses of wine and have a number of couple responsibilities (plus sex and cuddles on tap and a person in your life who doesn’t have a choice but to listen to ALL your complaints about life – let’s not forget about the advantages ;)). Before that happens you’re supposed to have the time of your life at your bachelor/bachelorette party… which brings me to the topic of today’s post. Do you really have to be sucking on a penis shaped ice lolly or visit a strip club? Nope! That’s your bloody party.

I have written before about conforming to the expectations of others. During you bachelor/bachelorette party it’s as important as ever, to make it about what you want. In other words, if the expectation of you as a man is to go to strip club and stare at fake tits you may decide you actually don’t find such objectification of a female body entertaining and you’re quite happy with the pair of boobs that’s soon to be yours happily ever after. In this case you should express such sentiment to you stag party organizers rather than just do whatever they want you too. Chances are, if you choose your friends in a way that actually matches your personality, you won’t even have to explain such things to them. If on the other hand, you have tons of insecurities and you have to prove to everyone that you’re a REAL man by staring at women who have no choice but to earn a living in this humiliating manner, then be my guest. Join everyone else I judge in my little black book called “Why Humans Make No Sense”.

Needless to say that expressing their preferences would be also advised for ladies. Somehow I doubt that all the ladies I’ve seen in my Facebook feed licking penis shaped objects was really having as much fun as the picture would suggest. Of course, we all have different ideas about fun and if you think that you pretending publicly you’re having sex with a chair is #bestmoment than I’m sure your bridesmaids can organize that. If not there’s a whole range of fun things you can do with your bridesmaids other than show your skills in giving blow jobs during the day that’s meant to be about female bonding (I think?). Alternatively, you may decide that the old school gender separation isn’t what you stand for and you want to have a mixed party for both of you. I had both – a separate hen/stag and a mixed party towards the end of the evening.

One thing one shouldn’t (and probably couldn’t) avoid in terms of being disgusting on a hen/stag night is drinking. Having far too many drinks will remind you why you strive for moderation in your everyday life and that you’re not 18 anymore (and if you are then run to the hills NOW, you have some life to experience before getting married!). Besides, there’s something about having too much alcohol with people you like and know that ends up with having fond memories about the event afterwards. That is, of course, after sobering up, puking and healing the post-alcohol pain of existence. Being silly and out of control is something we should do from time to time to shake up our routines.

To sum up, if you find rather disgusting bachelorette/bachelor party customs entertaining then indulge in them. However, if it’s not your vibe don’t force yourself to drink tequila shots of bartenders in Beefcakes or of strippers at Maverick’s. This night is about you and I do feel like showing people that you know what sex is about, before you get married, these days isn’t really necessary. Perhaps such customs come from the days when people (mostly women, let’s be honest) were still untouched. I’d google it but no one pays me for writing this blog so if you’re interested, just do it yourself.

So Dear Rinsers, what is your opinion about the modern premarital customs? Do people really enjoy all fake penises and breasts? Is it maybe just for show? Tell me what you think in the comments section.