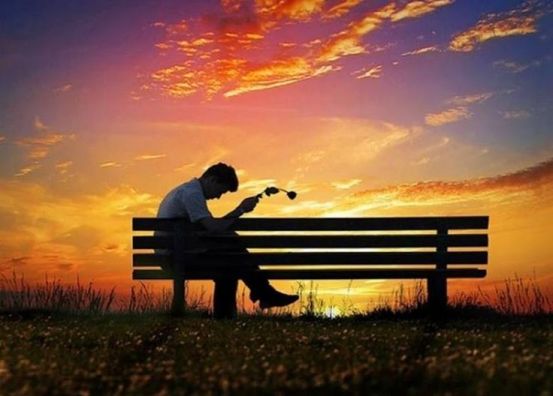 Have you ever noticed how many guys have dating profile pictures of themselves giving a Best Man’s speech at a friends wedding? Well, once upon a time I used to snigger at those guys. Not anymore. You see (unless of course the photos are totally staged or the profile a complete fake altogether) the fact that a person has been chosen to be someone’s Best Man/ Maid of Honour (thanks, #zlotybaby) means that there is at least one person who rates you pretty highly among their circle of friends (well, that or they just flipped a coin between you and their ugly cousin). And that’s important.

So, what the hell is #englishrosiee ‘forever the bridesmaid, never the bride’ wittering on about now? Simple, dear Rinser, today I want to talk about the importance of having friends and more importantly, why a red flag should be raised when you are dating someone without any. Surely, even the most introvert person out there would have at least a few friends, right? WRONG! And why should it even matter if the person you dating has friends? Surely, a relationship should be between you and your Significant Other and nothing to do with the rest of the world? Time for the reality check!

I’ve always believed that a person’s closest friends are a reflection of themselves. Of course, we are all individuals but there are always aspects of our personality that are mirrored in our friends – maybe it’s just an un-PC sense of humour, a particularly bleak outlook on life or simply the fact that you both love a good old bitching and moaning session at your local sushi joint. Because a person’s friends give us a unique insight into them, their personality and certain quirks we may not otherwise be privy to I think it’s paramount to meet the social circle of anyone you are dating asap (and vice versa). I would actually go as far as saying that meeting someone’s friends is probably more important than that nerve-wracking meeting the parents moment. Just think about it. None of us have any choice about the people that decide to procreate in order to bring us into the world but we do have free rein when it comes to who we choose to be friends with, and those choices say a lot about us.

The fact is if you or your significant other don’t get along with each others closet friends (or simply think they are all a bunch of brain dead spoilt little rich kids) then the alarm bells should start ringing! OK, so it may not be the end of the world. After all, some people (yours truly is totally guilty of this) go through friends as fast as they swipe through those Tinderees and sure we can change our associations as we develop and go through life but regardless the people we choose to surround ourselves with say a lot about us.

If you find yourself hooking up with a guy who hangs our with a bunch of immature racist douche bags, he is probably at least a little bit of racist himself (if not a card-carrying member of the KKK). Similarly, if you’ve taken the step of introducing you latest squeeze to your group of somewhat eclectic weirdos and they come away from that meeting with a look of horror on their ugly mug, the fact is there is some aspect of your personality that they are not favourable towards. Seeing a person interacting with their buddies is when we finally see the facade being dropped and if you can’t deal with someone in their natural habitat then if is likely to pose significant issues for the relationship further down line.

Well, not liking a partner’s friends is one thing (because at least they have some). But how about when a person doesn’t have any buddies whatsoever? Now this is where the real problems begin. When someone we date doesn’t seem to have any true friendships we lose a window into finding out more about who they are. It may also raise concerns about them being a serial killer (did Norman Bates have any friends bar his good ol’ mama dearest?! Just saying!). If you find that you’ve been dating someone a while and you are yet to cross paths/be introduced to any of their friends – well I hate to break it to you but this either means you are a dirty little secret OR there aren’t any friends to be introduced to. If it is the latter, then it will only be a matter of time before that special someone reveals him/herself as a Billie No Mates. Perhaps, it’ll be when they reserve a table for 12 people at a restaurant and despite it being a milestone b’day (and a bunch of frantic phone) not one of the ‘friends’ pitch and the night declines from a what was supposed to a wild, raucous night out into a slightly sad romantic dinner for two!

Sure, I’m being a little bit bitchy here. Not everyone can be a social butterfly. But ask yourself why a person would have no friends (apart from possibly their mummy) around? Perhaps they have a strong personality that doesn’t go down well with most people (hmmm…but seriously, noone at all???), maybe they are a workoholic with no time to nurture anything that doesn’t lead to big bucks (it’s fine if you are just after a rinse, I guess) or maybe it’s just a case that they are truly a mean and obnoxious person who picks on everyone elses insecurities to mask the fact that they are not quite where they’d like to be in life. Whatever the case is, someone who lacks the ability to form solid friendships probably has some sort of personality disorder and may not be the easiest person to date so do be sure to do some further investigations before you become too emotionally involved with a such a loner.

Alright rinsers. Over to you. How important is it for someone you are dating to a) have friends and b) have friends that click with their partner? Have you ever encountered a Billy No Mates and what was the end result? Share your experiences in the comments section below.