Oversharing vs Opening Up – When to Better Bite Your Tongue 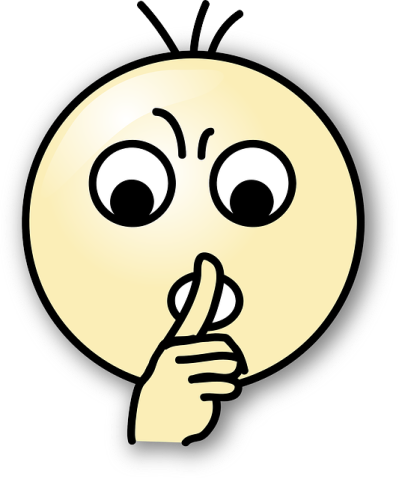 Many people don’t realize that there’s a big difference between opening up and oversharing. I was reminded about it when a few weeks ago a girl at a party was telling me that her father wanted her aborted as she was a child he didn’t plan, but her mother refused to have an abortion. Knowing that scarred her for life. Sounds hectic but it did make me feel extremely uncomfortable. It was the first time I saw this girl in my life. We had a few minutes of what I considered to be a rather general conversation about having children. She thought she was being honest, genuine and moving a conversation to a more personal level, while to me she was oversharing and making me feel uncomfortable. Such misunderstandings are actually quite common.

A good example of when feeling the difference between oversharing and being open is important are first dates. A person who shares too many secrets early on can strike the other person as desperate. First dates are not for telling each other everything but for scanning for compatibility or lack thereof. Ideally they should be short, sweet and leave the other person with the feeling of wanting more. You can tell the potential match about your childhood traumas or about bad relationship experiences of the past but don’t expect positive results. If the other person initiates such conversation it may mean their issues are all out there and therefore they’re not good for a stable relationship. Bonding over problems such as a broken heart or difficult childhood can lead at best to a fling with (hopefully) great sex and a lot of drama, at worst to a one night stand that will lead you into feeling naked in all different ways. Slow and steady, wins the race…

Another place where you should rather bite your tongue than say too much is your workplace. My view on these issues may seem overly conservative but I’ve seen and experienced myself work friendships going  sour and leading to dramatic events. This happens in personal lives too but the thing is it’s much easier to cut a negative friend in your life if they’re not connected to you professionally. Offended egos and unresolved conflicts can lead to actual professional problems, especially if the person that now hates you is your superior. The simple rule to avoid such situations is being friendly but not besties with your work colleagues. You should have a proper life filled with friends outside work, also because it supports the separation of work and personal life and the balance between the two. Oversharing at work makes people particularly uncomfortable because they don’t come there to deal with your problems. Sure, we are all entitled to be in a bad mood from time to time but do your colleagues need to know you’re dealing with a crippling depression? And more importantly, even if they do know, how can they help? If you’re easy to read like an open book, you may come off a bit as an emotional mess and it can affect the way people look at you professionally. The thinking is: if he/she can’t handle hide his/her feelings at all, how can I trust she won’t get emotional during business negotiations? Ideally it shouldn’t matter but people are people. Look at the outrage at Casey Affleck’s Oscar that is after all, not a prize for one’s alleged moral conduct.

Last but not least, try not to overburden strangers with your issues. Similarly like with dating, you should keep certain constraints with people you’ve just met. If you click, you can meet at a later stage and tell each other all your secrets. However, parties are meant to be fun and not free therapeutic sessions. Open up and share your experiences but don’t go too far. It doesn’t mean you can’t express your feelings or you should only talk about positive things. If you’re talking about bad hospital experiences go ahead and bitch. Don’t go on, however, telling people how you lost your grandfather at the age of three and he was the only person that ever loved you.

To sum up, if you’re wondering whether something is too much information, it probably is. Remember that such overshares, regardless of the context, may result in the following:

I know we all sometimes talk too much and trust me I’ve been guilty of doing that wayyyyy too many times, especially after one drink too many. The question one needs to ask is always whether we want to make a certain impression. We should just be aware of what sort of vibe we may be sending out there and if it’s not what we want, maybe we should consider getting some paid help or better friends.

What do you think, Rinsers? Should we tell people what’s on our mind at all times? What’s too much information? Comment section is all your and you’re more than welcome to overshare here 😉