The ‘One Day’ Wager – Waiting in Vain? 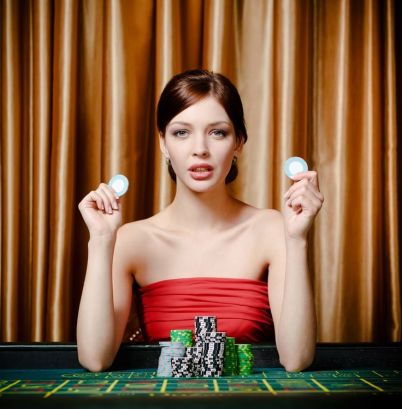 The Tinder Generation (which whether we like it or not, most of us are now part of) is often criticised for being fickle when it comes to relationships. Unlike our grandparents generation (I’m not gonna say parents generation because I think they are the ones that got the whole divorce trend started) us millennials aren’t known for working on fixing things – when our iphone breaks we simply upgrade to the latest version and the same applies to our attitude towards fellow humans. When things don’t go to plan with a relationship people these days are said to be quick to call it quits because in their minds there are plenty more fish in the sea. Well…I beg to differ here.

Sure, many of us are quick to swipe left and dismiss a person for taking to many selfies (no friends to take the pic?), having a body plastered with tattoos or posing by a fancy car which they are unlikely to own. But this is actually only the case at the initial stages of dating (well not even that) when it’s important to sift through the deadwood in an efficient manner. It’s further down the line where things get complicated and where a lot of us (myself included) are actually more likely to stick things out even though this isn’t in our best interests.

Today rinsers, I want to take to you about the ‘One Day’ Wager.  As much as I hate to admit it I’m plagiarising the term from Matthew Hussey, a YouTube sensation and relationship ‘guru’ of sorts   To summarise, he says that there are a lot of us who stay in a unfulfilling relationship that is well passed its expiry date because we are unable to admit we are essentially incompatible with the other party and we are just hoping that ‘One Day’ that this person will change. He calls it a wager because by waiting and waiting… and waiting in vain, you are basically gambling with your time, money and emotions.

Sounds like a familiar story, hey? We’ve all been there. That one relationship that you were so invested in that you just thought that if you just gritted your teeth and tried a little harder then the universe would grant you that much-needed miracle. The guy you were with for 10 years but refused to pop the question because he didn’t believe in all the hype surrounding marriage. The chick that always promised to consider the prospect of children after ticking just a few more things of her epic bucket list (then flew off on an Eat, Pray, Love style adventure never to return). The dude who you always told yourself would start looking for a job but only after he finished one more game on the Playstation. We’ve heard it all before.

Because you’ve already invested a fair amount of time and emotion into the relationship it’s harder to let go. It may be a case that that things actually started off pretty well between the two of you. Maybe when you met the guy he was a high roller (or faked being one) and only further down the track did you find out that the Mercedes-Benz he drove was borrowed from a distant cousin.  Or that you only saw this person’s true colours when the going got tough. As decent human beings, there are lots of us who try to remember the good times and as a result feel an obligation to stay around a little longer waiting for that ‘One Day’.

But you see, speaking from experience, that ‘One Day’ rarely ever materialises because often the thing that you are wanting to change is more of an  entrenched character trait than simply a matter of circumstance. Even if you gave that chick who had no motherly instincts a ticket around the world just to get the travel bug out of her system the chances are she’d probably still not want to pop out screaming brats on her return. The dude that says there are no jobs available for him? Well even if you offered him the perfect job on a silver platter, well he’d probably last no longer than a couple of weeks before quitting the job to pursue that lifelong dream of playing computer games. As much as you may love a person, in most instances, this won’t be enough to action the change you so badly need for the relationship to progress any further.

And my advice to you if you find yourself dealing with a ‘One Day’ Wager situation…Well, it would be easy to tell you to have more self-worth, cut your losses and walk away. But I know that this is unrealistic especially when feelings come into play.  As unfortunate as it is though, there will come a breaking point when somehow you’ll realise that enough is enough and either find the strength to turn your back on the relationship, or even have that power taken away from you as you watch the farcical encounter tumble down around you. I just hope that for everyone’s sake that this breaking point comes sooner rather than later and preferably while those reproductive organs are still fully functional (well, for those of you are that way inclined!).

Anyway, that’s me over and out. Rinsers, have you ever dealt with the ‘One Day’ wager? How long did you play this dating game? With hindsight do you have regrets or do you think we need to let things take their natural course? And does it always end in disaster or do you think there are times when a person’s patience is rewarded and that change they are wishing for really does happen?