Types of Single and Coupled Women 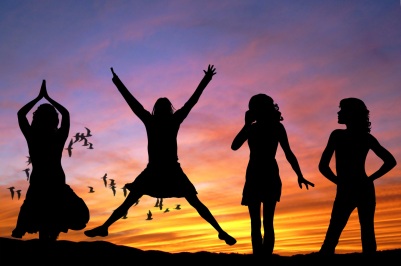 I’m not in the right mood today to encourage anyone to change anything or to give good advice. I feel like my source has been depleted and I feel rather helpless surrounded by the cruel world that’s, well, cruel, but also filled with all sorts of -ism’s (sexism, racism, nationalism) etc. That’s why I decided to write something that’s a bit funny (and a bit judgy too but mostly humorous) on sorts of women we encounter on the dating and relationship scene.

Forever alone because they gave up on LOVE

This sort of a person feels (and tells everyone) that they’re just single and they’re HAPPY about it. From time to time they indulge in some brief romance that shows that clearly they’re not that content but they still refuse to work on themselves or look for someone who could make their heart happy.

Serial flingers indulge in a series of short-lived relationships filled with intensity and drama. They move houses or countries in a blink of an eye to be with a partner or to get away from one. Could operate as a constant traveler.

Trapped on a lonely island

A desolate island is a difficult place for finding your other half. However, representatives of this type are always helpful and never stop looking for this ship on the horizon.

Being single is for a single who mingles just a temporary state of affairs. Life is better with someone who’s worth their time but if there’s no such person around, this sort of a woman enjoys her time of being unattached. Sometimes if no one really interesting appears in their life they get a bit sad but after a few days of eating ice-cream they jump back to the dating scene knowing that eventually they’ll find what they’re looking for (reference to U2 intentional).

Often good looking and smart, unfortunately with a self-esteem at the level of their ankles, desperados will do literally anything to get and keep someone’s attention. Without years of self-work (and possibly expensive therapy) this person will not get involved in anything worth their time.

She not only never dyed her hair but tried out two hairstyles in her life – loose hair and a ponytail.   Doesn’t drink, smoke or do anything to excess apart from maybe eating. Has had one partner all her life or two but knows everything about any situation you could possibly encounter. Usually judgy and comments on looks and behaviors of others which in the slightest way deviates from what she considers to be “the norm”. Considers tampons to be evil.

She’s almost always in a relationship but is never happy. Doesn’t prevent her from judging single people for being “not good enough”. Her partner is often very traditional in his ways and she complains incessantly about all the things she has to do at the house. Don’t try to offer solutions, you’re missing the whole point.

I’ve been there, I know

She’s had a rough time early in life dating. Possible has had daddy or mommy issues. After years of self-work and millions of unhealthy relationships, she finds the right person. Now she really feels like she knows it all and possibly even sets up a blog about dating with a friend to share her experience with others and preach.

Happy in a relationship and radiating with good energy. Listens to people in trouble but only gives advice when asked for it. Lives according to what she preaches and sets the right example for others. A mythical creature similar to a unicorn.

Do you know any of these types, Dear Rinser? Would you like to contribute with your own? Whatever your reaction is, don’t take this post too seriously.