Honesty and Looking for Trouble 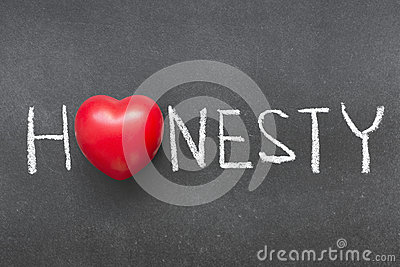 In fairy tales the princes always marry the most beautiful and the most kind girls in all the kingdom. Given that they have no competition no wonder that princes and princesses can forever after indulge in their idealistic love.  Nevertheless, real life isn’t like this and the first person we meet is rarely the right one. On the top of it, even if we find our “other half” there’s always someone prettier or smarter or both. The point of a good relationship isn’t about being the best there is but being the best match for the person. This leads me to the topic of the today’s post which is honesty and related looking for trouble in relationships.

First of all, I really believe that honesty is one of the most important qualities in a relationship. If a partner truly expresses the way he or she feels about you, it makes life a lot easier. Unfortunately, we encounter a lot of people who say things they don’t really mean. I’m not sure whether it’s the case of us putting out personas way too often in our social lives (we totally should meet up = fuck this chick is boring, let me suggest a future encounter so that she leaves me alone) 0r what but people often SAY things. Many guys would save women a lot of time by letting them know they think about them as temporary entertainments. Instead of that they know that the best way to get into someone’s pants is by telling them about their heart singing the songs of angels when they see them. At the same time they behave in a way that makes you know, you’re not the only one.

Honesty is so important because it’s strongly associated with trust. Because of that, I’d say it’s better not to express some feelings before you feel them even if you’re risking hurting a person. One of my girlfriends confessed to me that the first few times her ex-boyfriend said “I love you” she just replied “Mhm”. Eventually, she did fall in love with him and they ended having up a happy relationship before they decided to go their separate ways. I don’t think “fake it till you make it” attitude is a good idea in relationships. You may never “make it” and then what will you say to a person when breaking up? Oh and btw I know I said I love you but I didn’t really? Stay true to yourself and express how you actually feel. If a partner decides not to stay around because you aren’t reciprocating his feelings for too long or you’re not fully into it that’s his right (applicable the other way round too).

This brings me to my last point which is honesty that means asking for trouble. We all have our bad moments in relationships and sometimes we’re angry and we feel like saying something awful to our partner. The problem is that a temporary outburst of anger can have detrimental impact on the relationship and we shouldn’t just shout out everything that’s on our mind in the heat of the moment if it’s not how we usually feel (it’s different of course if we were hiding our true generał feelings and they come up during a fight). Another case is reassurance seeking when one partner tries to illicit “honest” feedback about someone else or themselves. A typical example is women asking their partners “Is she prettier than me?” (if you’re asking she probably is) and whether you look fat in something or you picked up on weight (yet again if you’re asking you probably do/did). Both scenarios put a partner in an undesirable situation. They can either be honest and hurt you or lie and still act against your interest as hearing what you want to hear doesn’t necessarily serve you. Last  but not least, DO NOT overshare. Your partner doesn’t need to know how you feel in every single moment of your life and particularly if you have some weird passing thoughts there’s no reason to share them. A good example is a guy I know who told his partner that he found her sister “desirable”. Too much information is exactly that.

To sum up, honesty is important but use it wisely. Don’t make it a weapon during a fight to express temporary feelings when angry and remember that it too has its limits.

What do you think, Dear Rinsers? How important is honesty in relationships? Is lying ever a good thing?