Review : The Way We Were – When Relationships Fail But Not For Lack of Love 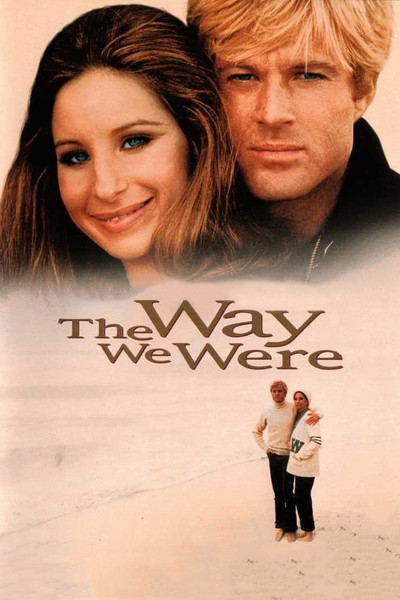 Remember when I wrote that post about the ‘Katy Girl’? Well over the festive season I finally got around to watching the movie that gave inspiration to the term in the first place.

It’s a pretty old movie which dates back to the 1970s (which is probably before most of us were born!) which stars Robert Redford as Hubbell, the people pleasing WASP, and Barbara Streisand as K-K-Katy, the hardcore Marxist Jewish girl. From the outset, their differences are apparent as is their attraction to one another. They first meet at university where he is intrigued by her passion for politics and determination to pursue a social cause even when the majority of people are ridiculing her. And I guess she is attracted to his good looks and his undiscovered potential as a writer (I’ve already mentioned the women’s desire to fix her man and the problems it can cause). Anyhow, they lose touch post-graduation until somewhere down the line their paths cross again and they rekindle the flame which wasn’t really ignited in the first place.

After having actually watched the movie I can understand why it’s seen by so many as a classic. As well as telling us the story of this feisty young woman that gets ditched (post marriage and baby!) by a man who despite loving her can’t deal with the fact that she can’t be tamed, the story also contains a lot of other elements that many of us can relate to, even today. For starters, Katy is pretty much the Alpha in the relationship – maybe not to the extent that women are today but she is pretty much the smarter of the pair and what’s worse (especially back in day, I guess) is that she’s inable to downplay her intelligence and constantly needs to speak out and tell people when they are wrong.  Then it addresses that moment in a relationship where the two people have to essentially stop living in their happy little bubble and immerse themselves in each other’s social circles (totally a topic that deserves its own post entirely).

But I think the aspect of the movie that I resonated most with was how it’s not always the relationships which contain the most love that are the  most ‘successful’ or last the longest and the impact that other social circumstances can have on a healthy relationship. I find that even in our modern age, there is this almost unhealthy obsession with marriage and relationships. I am not a hater of tradition in any sense and one day (in the words of #zlotybaby ,‘when the time is right’) I’d like to marry Mr Right in a library surrounded by the world’s greatest love stories (well, even the registry office will probably do!). The reason I emphasise it having to be the right guy and the right time though is because I often look around me and see marriages that exist and last but which, in my humble opinion, lack the love and magic that I would need to be happy.  The truth is when you’ve had relationships (or a marriage in Katy and Hubbell’s case) fail not due to lack of love but for some other mundane reason it seems, at least to me, that it would be hard to settle down or just ‘settle’ for a marriage to someone who simply ticks all the right boxes but where you know their really isn’t any real sparkle.

Anyways, any enough of my sentimental chitter chatter. If you haven’t seen the movie yet I think you should. It’s old but you can still find it on Netflix so you really have no excuses. The story is timeless and there will be elements that everyone can relate to.

Now over to you Rinsers – Have you seen the movie? What are your thoughts on the movie? Have you ever had a Hubbell or Katy in your life? Someone with whom your relationship failed but not for lack of love? Tell us about it in the comments section below.