Friendshifts : From BFFs to Coffee Friends 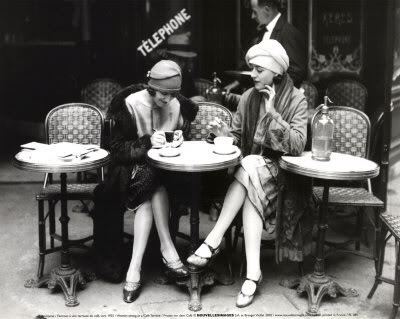 Life is full of changes. While most of us may not be where we envisaged ourselves to be 10 years ago, I certainly hope that none of us is in the same place we were back then either. As we move forward with our lives – careers, travels, relationships, babies, etc – it is almost impossible to carry everything from your past with you (who wants all that baggage anyway?), including sadly some friendships. Maybe I’m a heartless little witch but in my post today I’m going to tell you why downgrading (or even completely letting go) of a friendship isn’t necessarily a bad thing.

As we grow up and life takes us on its various adventures maintaining friendships becomes difficult, NOT impossible, just difficult. Sometimes  it’s simply a matter of distance as one of you moves to deepest darkest Africa while the other decides to spends the 20s/30s/40s living at home with their folks. Then there are those cases where your interests diverge with one of you joining a hectic religious cult while the other spends every spare moment training for a marathon. We all get busy and while technology has certainly made communication a lot easier, sometimes the effort of dedicating hours to skype calls, etc just becomes too much too handle.

Living a somewhat transient lifestyle has taught me that if you work on your personality making friends shouldn’t be too difficult wherever you go in the world. However, I must say that native Capetonians are a rather odd bunch in that they insist on maintaining historic friendships with people they’ve known since kindergarten but no longer have anything in common with. Quite frankly it seems a little silly to waste precious time investing in something that brings you minimal joy (they always bitch and moan about it after the fact) and is based on something as arbitrary as your parents being besties with one another or you being placed in the same class at school or living in the same suburb (all things you have no power over).

Look I’m certainly in no position to talk. I probably do a complete overhaul of my friendship group once or twice a year and to some that makes me fickle. But to be completely honest life is short and I’d rather spend time expanding my social circle and finding people who add value to my life rather than holding on to something that no longer serves a purpose. I not advocating completely disposing of old friendships (unless of course the irreconcilable differences – like them becoming a member of the Klu Klux Klan) but just downgrading from forcing yourself to see them every week to maybe a catch up twice a year, if that. Just because your lives have taken different paths doesn’t mean that they are a bad person and meeting for a pleasant coffee (hence the term coffee friend) or the odd glass of wine once in a while isn’t going to kill you.

Of course, there are some friendships that will stand the test of time but quality friendships aren’t always about the people you’ve known the longest. And while you shouldn’t forget the good times, now that you’ve moved on clinging onto something through obligation isn’t healthy. Nor is asking for all or nothing . Don’t hate on people for making new friends – that’ll only make you come across as bitter and jealous. If someone is drifting away just let them go. It really isn’t the end of the world.

To conclude, as we transition through each chapter of our lives we are bound to meet lots of weird and wonderful people. While some are there for the long haul others might only feature momentarily but leave you with some good memories. We are no longer in high school and there really doesn’t have to be a competition for the BFF badge. In fact, the coffee friend status will likely mean less stress in the long term anyway. The best thing though when it comes to friendship is that the concept is so flexible. In a romantic relationship when the two parties drift apart, cracks appear and chances are a break-up is in sight but with friends, if we are mature enough, it is possible to simply engineer a friendshift instead of completely terminating the arrangement.

So enough of my wittering Rinsers. What are your thoughts about the changing nature of friendships? Are you forever jumping from one squad to the next or do you believe in holding onto historic friendships at any cost? Share some of your stories in the comments below.