Shame and embarassment in dating 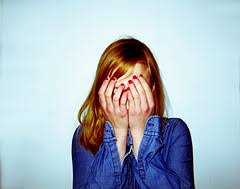 I always say that dating isn’t easy. Even when you’re in a great relationship from time to time something reminds you of embarrassing stories of your past and makes you cringe. I feel like sharing some shameful stories today so that you can feel better if you’re currently having a bad patch in your romantic life.

When I was young all I wanted was to have a boyfriend. That was mostly because all my family kept asking me whether I had one and friends at school seemed to be getting paired. Maybe I was maturing slowly and maybe there was no one really interesting around but I wasn’t really having a soft spot for anyone and the society was expecting me to date (at the age of 13!). Eventually I assumed a position of being interested in people if they’re interested in me as a default to finally fulfill my duty. When a schoolmate who never showed too much interest in me started to send me messages and eventually asked me to be his girlfriend I decided that it was a perfect opportunity and said “yes”. Shortly afterwards I confided it to my female friend and she revealed the horrible truth to me – it was meant to be a joke they designed as they didn’t think I’d agree. The horror of rejection by someone whom I didn’t even particularly fancy was difficult to bear, let alone the fact that I had to deal with the embarrassment of the situation every day till I graduated. And yet, I survived and people forgot and I even learnt a lesson of never dating someone you feel halfheartedly about just because others think you shouldn’t be single anymore.

Another source of shame and embarrassment is obviously all bodily functions. Can you imagine a third date when your partner starts to cringe horribly during a walk and asks you whether he can please use your bathroom and then you can hear a half an hour of uncanny bodily noises out of there (plus the noise of something hitting the water basin)? And when he vacates the bathroom it doesn’t smell of flowers either. Or even worse can you imagine getting your period just after you had sex with a new partner for the first time letting him wonder whether you maybe were a virgin? Both of those are true stories and both with right people can be turned into a source of fun rather than into anything else. If a person tries to embarrass you even further it means you should leave the relationship immediately and be grateful that you dodged the bullet.

Did you know that gender equality can be a source of shame too? The times when you could be sure that a guy’s going to pay for your drinks are over. Out on a date I kept drinking these expensive cocktails hoping that they’re not going to eat into my monthly budget and yet when the bill arrived he didn’t grab it. When I didn’t take it either he looked at me and asked “You are going to pay for your drinks, right?”. I tried to hide my blushing that couldn’t have been disguised in anyway and I mumbled something back. Then he kept on embarassing me telling me how little he thought of women who didn’t pay for themselves. Seems like the end of the world? Not really. I shouldn’t have expected a man to pay for me but he shouldn’t have approached the topic in such a douchy way. Few dodgy whatsapp conversations later I could only be too grateful that I didn’t let this man to pay for me and didn’t owe him anything.

To sum up, shame and embarrassment are an unpleasant but natural part of dating. Squeezing lemonade out of this lemons is the only way forward so instead of beating yourself up try to learn a lesson.