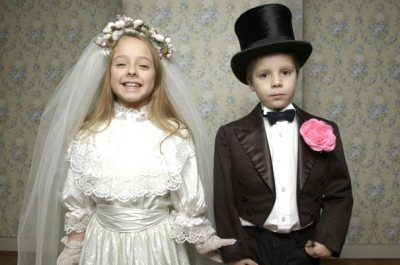 When scouring online dating listings it’s natural for us to somewhat sub-consciously impose filters to narrow down our choices. I think one of the first things many of us will do, once we’ve spotted someone we find physically attractive, is attempt to establish the extent of their baggage.

By our 30s, all of us, except the socially-inept and those still holding onto their V-card, will have accumulated some baggage but the truth is some have it worse than others. Having a couple of kids in tow is likely to put many single ladies off even the most dashing baby daddy. But there is a less clear-cut forms of baggage that I want to discuss today, namely, the Young Divorcee –  those that have ‘starter’ marriages and get divorce in their 20s (apparently, the highest divorce rates are amongst couples in their 20s – yay for getting old!).

Theoretically, it shouldn’t be a big deal, especially if they don’t come equipped with kids. In fact, if you are in the market for a long term relationship, the fact that a person has been married in the past shows that they are not afraid of commitment (maybe they just made a bad judgement call on who they wanted to be committed to?). Anyway, some of us have half decade long relationships which actually end up being longer than many marriages, so does that mean in some cases a break-up can be the equivalent to a divorce? Hmm…it’s worth thinking about.

I don’t really have a problem with the whole concept of divorce. I don’t think any of us who is out there living our lives and having human relationships are really in a position to judge. People are unpredictable and circumstances change – when relationships end we can either look at it as a mistake and continuing dwelling on the past, laying blame, etc. or a life experience that we learn something from.

Divorces (just like break-ups) do make me sad, especially those that take place at such a young age where I believe it could have potentially been avoidable. I mean, in the case of these Young Divorcees I have to wonder what was the need to get married so young? I’m not saying there is a best age at which to tie the knot but I can’t help but think that entering into a such a formal arrangement before you have fully established yourself as a person can and does often (as the stats show) end in disaster. Our late teens and 20s can be a tumultuous time but this is also a period in our lives where we can enjoy our newfound independence without being burdened by serious things like marriage, mortgages and children.

For much of what I’ve seen this pressure to get married young and start living a wholesome life – babies, house in the suburbs etc. comes from religion (across the board, not any one faith in particular). In my own circles, I can think of many people who got married as soon as was legally possible simply in order to have some bedroom experiences. But really, do people feel the need to go through all that bureaucracy in order to scratch that itch in a guilt free manner and have their relationship legitimized in the eyes of God?

Furthermore, doesn’t this rushed marriage (and subsequent quick divorce) simply show a lack of respect for and understanding of the institution of marriage? This may be an oversimplification but surely God (who is unlikely to be a fan of divorce) would rather have his people live in sin a little longer instead of making bad decision?

Yes. I know that we can’t blame the Young Divorcee problem solely on the Big G.  We have free will and sometimes when we are young it’s easy to get caught up in the moment. However, I still think pressure to conform to the moral standards established by certain religious/cultural groups has a big part to play in this trend. And quite frankly, I think it would be nice to see religion getting with the programme, and giving young people the opportunity to enjoy some fun times because actually it might just save everyone the heartache in the long run.

Rinsers, what are your thoughts on ‘starter’ marriages? Is getting married young a recipe for disaster? Is it wrong to dismiss divorce as being nothing more than a break-up with a bureaucratic nightmare attached? Do you think there is something more at fault than religion?  Or are you a Young Divorcee with some real life insights to share on this topic? Answers in the comments below.