Fights, disagreements and how to deal with them 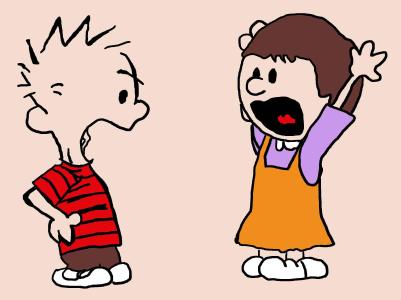 When we start to date someone we usually somehow naively think that everything is going to go well and smoothly at all times and there won’t be ever any disagreements. Maybe it’s the silly notion of “two becoming one” (lalalala #spicegirlsqueensoftheworld) that makes us think that or maybe it’s the need to be better than other people in never fighting. Who knows? In any case, as much as we may be similar to our partner we are different people and we will occasionally disagree. I think the question isn’t if it happens but rather how to deal with it when it does.

I’d love to just tell you shortly that the best way to deal with disagreements is  “not to behave like my mom” and finish the post but I think that the notion may be a bit vague for you 😉 Anyway, it’s her behavior with me yesterday that made me realize how people should and shouldn’t behave when dealing with people, especially the ones they love.

First and foremost, you should understand when a healthy disagreement happens. It’s when two people have different opinions and they’re trying to reach a solution that’s acceptable for both sides. A fight entitled “You forgot this and that” should shift from being about finger pointing and making the other person feel bad to finding a solution. Of course, sometimes we’re upset and it’s difficult not to lose it. However, if you expressed how the situation makes you feel, the other side apologized and promised to amend the behavior, there’s no point in going on and on about. What do you want them to do now? Start self-flogging?

I think it’s equally important to understand that the things people do are often not about you. People are not perfect and they often make mistakes even if they don’t mean to. At the end of the day no one “makes you feel”. What people do is their responsibility and how you feel about that is yours. If you’re looking for signs of disrespect and lack of love everywhere it’s on you. If someone forgot an important day for you and it’s not their habit, you can by all means tell them you’re upset. Complaining about the world in relation to that situation and enumerating the culprit’s flaws is an overstretch of the situation. Much of how you feel about what people do to you is a reflection of how you actually feel about yourself. Work on the latter, that’s the only area you have control over.

Last but not least don’t add unnecessary drama. Don’t use such words as “always” and “never” because they’re often not true and make people resent you. Try to treat every event as singular or at least don’t bring in unrelated fights. If something is a reoccurring event it’ll magnify your reaction but try to keep it focused. Mentioning a similar situation may make sense but saying that you also got upset about something unrelated doesn’t. Don’t go on and on about things either – you sent a message and the message was received, leave it. Most importantly, don’t make it your aim to make someone feel shit. You may make your point and make sure that after they upset you, you made them feel equally horrible and that you proved them wrong. The question is what for? It won’t improve the situation, only start to create bad feelings for the future.

There are situations in life when we don’t agree with our loved ones. It’s up to you to make use of these situations, reach compromises and look for solutions OR to make sure that you prove people wrong and that you make them understand that. I assure you that the latter won’t give you lasting and loving relationships.

Now to you Dear Rinsers – how do you approach fights? Are you a Drama Creator or a Solution Seeker? Do you indulge in proving others wrong or do you dislike fighting and try to find compromises?