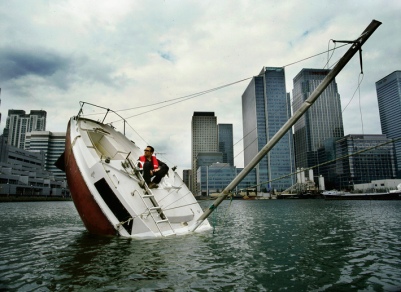 Not so long ago, I gave you my ideas on how to orchestrate a break-up with at least a modicum of decency and just more recently my esteemed colleague #zlotybaby discussed our fear of rejection in relationships. Today, I hope to build on these topics and somehow link them, by looking at things from the perspective of the person being dumped.

As we’ve already established it’s not easy to be the person who has made the decision to end a relationship and it’s also no easier to be on the receiving end of the rejection at any stage of romantic encounter. It’s natural to feel like your world has come to an end after all your ego has been epically bruised. There are ways to deal with rejection whilst keeping your head held high and maintaining a degree of self-respect. However, in my limited experience (and drawing on those of people around me), I’ve find that most people deal with rejection badly – and go to embarrassingly great lengths in order to try to save the sinking (relation) ship.

Let me provide you with just a few examples of the type of cringe-worthy stunts people pull when they are rejected and/or their ‘relationship’ looks to be failing. Let’s begin with the guy, you’ve been stringing along for much longer than you initially planned, your conscience finally gets the better of you and you decide the time has come for you to tell him face to face that while you enjoy wine-tasting with him, no amount of booze can compensate for the lack of chemistry. At first, it seems he takes it well, I mean there are no objects being thrown at your face and no tears streaming down his – success! That’s until he asks if you are looking to just be friends or friends of an intimate nature. Doesn’t the dude realise that the attraction that is lacking between the two of you would be essential for a functioning FWB arrangement?

To make matters worse a few days later the fool sends you a picture of his new ‘girlfriend’ to show you how replaceable you are and how quickly he has moved on. But at the end of the day, you just pity your successor and breathe a sigh of relief, knowing that if you’d carried on with this charade any longer, this overly-attached dude would have probably been down on one knee.

Next, take that irritating vegetarian who had you hating on dating not so long ago. Well, you thought he’d be an easy one to get rid of especially because he had moved to the other side of the country after the ‘break up’. But, you are not getting away from him that easily, despite the distance and the fact that the encounter only lasted a matter days, weeks after you’ve parted ways he still leaves voice messages insulting your friends, accusing you of having eyes for every one of your male friends and recordings of the Roxette song ‘It must have been LOVE but it’s over now’. Poor poor fool.

And finally, if you thought the boys were bad, don’t even get me started on the crazy ladies. Sending your ex photos of his clothes burning, having a fist fight over making him return the Rolex watch your bought him for Christmas two years ago or ‘surprising’ him one day by plotting a visit to the sister he is estranged from to rescue the precious family hamster she took custody of. Doesn’t it all just make you cringe? Ugh. Yuck.

So my advice to y’all. I understand having your heart broken is never easy, regardless of whether it was a fleeting week-long affair or a soapie that spanned a decade. You’ve been hurt and it’s OK to cry, scream and lock yourself in your room for a week. But do think about the impact of your actions, the relationship is over and the likelihood of you being able to save it is slim. Let go gracefully. Remember you are not doing yourself any favours by acting like an unhinged patient escaped from Valkenburg. Don’t give the haters any ammunition. Just walk away. Better days are on the way, I promise.

Now over to you readers, tell us about your most horrific sinking (relation) ship stories in the comments below.